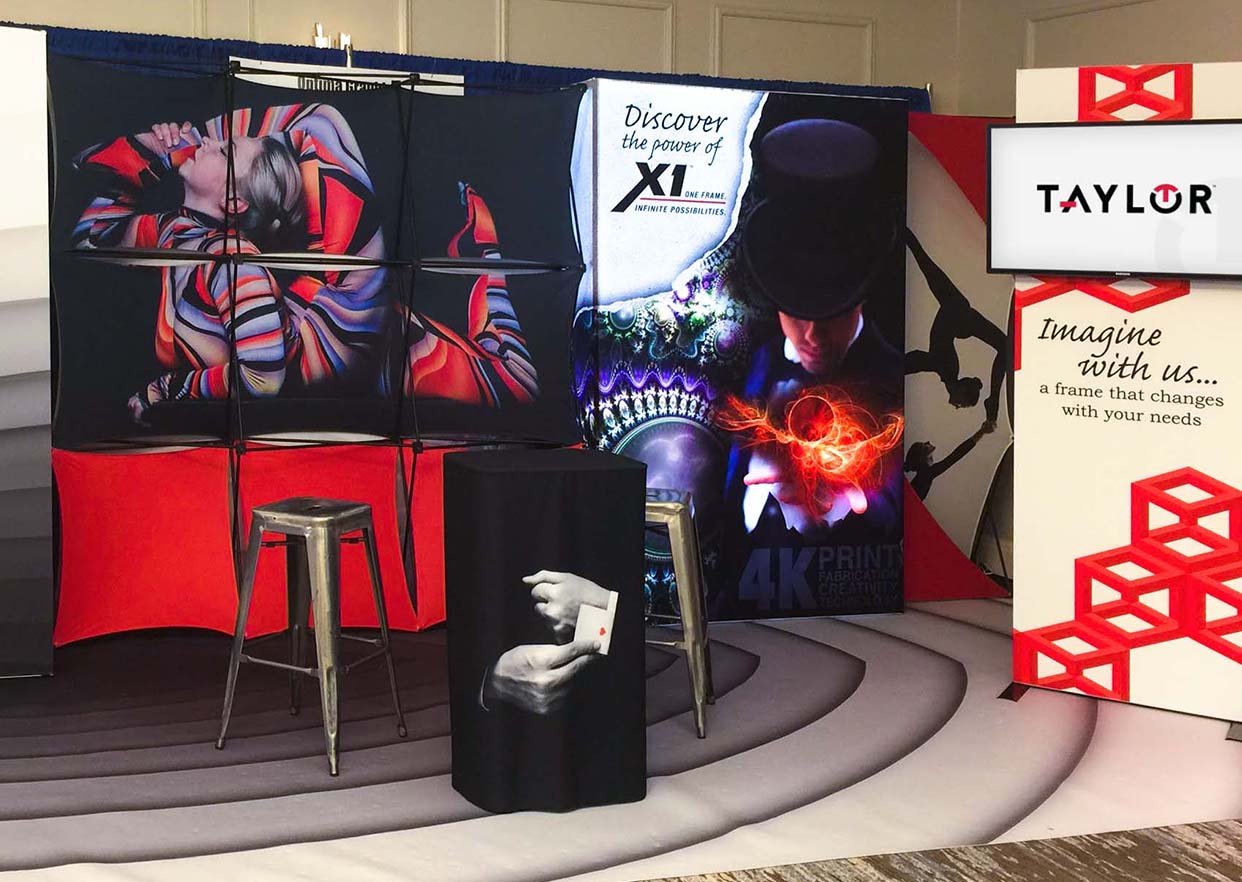 NORTH MANKATO, MN (February 17, 2022) – The United States Patent and Trademark Office has awarded Taylor Corporation a patent for its X1™ System, a cost-saving innovation for the trade show and event display marketplace.

One of the largest providers of trade show and event displays to the industry, Taylor has custom-engineered an adapter mechanism that allows the same portable framing system to be used with silicone edge graphics (SEG) as well as other dye sublimation fabric and Velcro-attached graphic options. Until now, unique framing systems were required for each type of graphics utilized by manufacturers of trade show and event displays.

"The X1 System is a game-changer for both users and resellers of trade show displays,” said Mike Robinson, President of Taylor Print & Visual Impressions. “It essentially future-proofs an exhibitor’s investment in their trade show displays by allowing them to cost-effectively update the look of their exhibits as desired. It also enables resellers to inventory, service and warranty one set of framing components instead of multiple competing systems.” 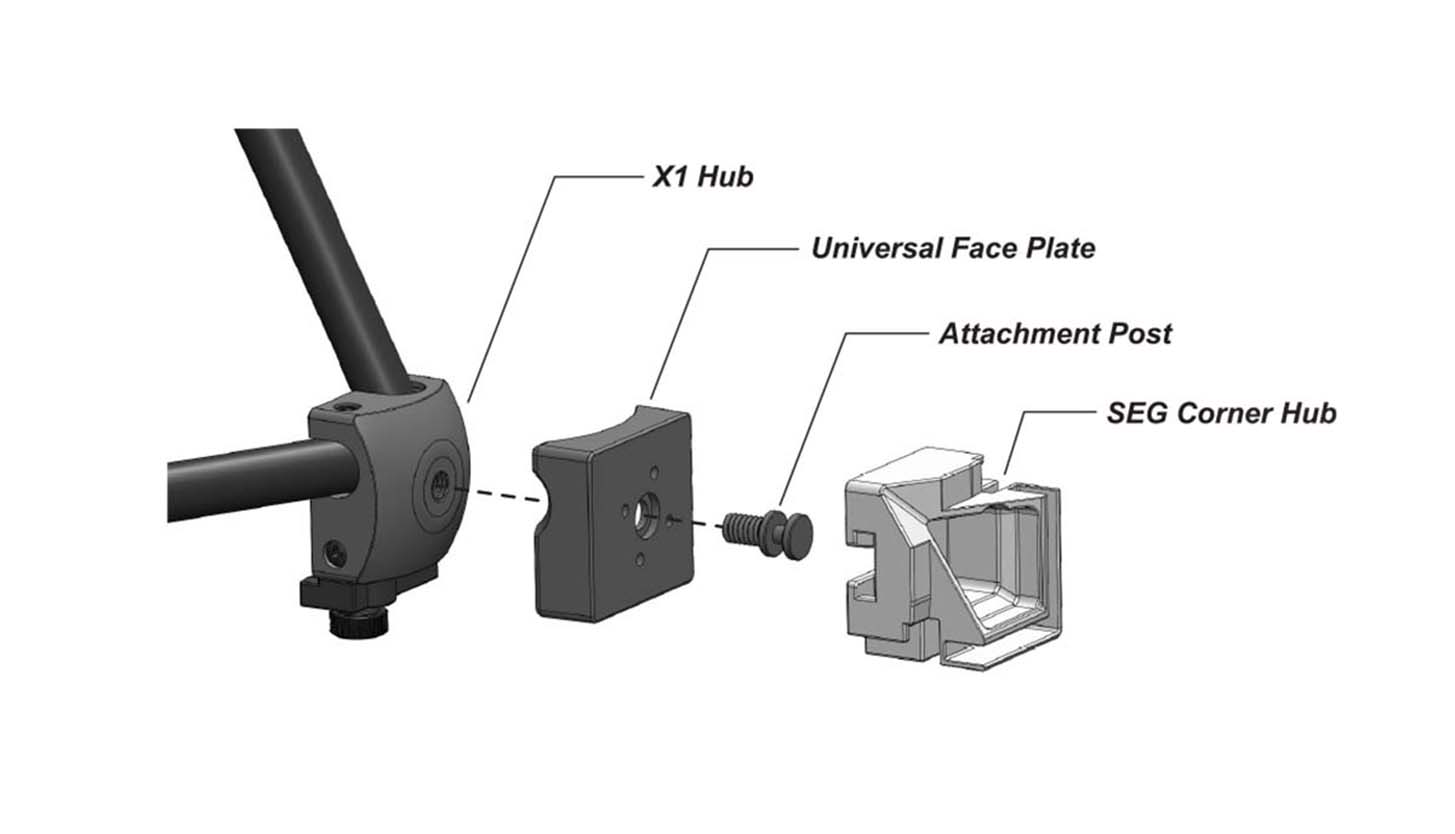 Ross Clasen, product engineer and co-inventor of the X1 System for Taylor, along with Kevin Clobes and Gary Camarato, notes that the X1 offers other significant economic advantages to exhibitors. “With the X1, exhibitors can achieve the look of expensive ‘hard-built’ trade show fixtures for the price of a pop-up display system,” says Clasen. “The X1’s portability is another point of difference. Entire trade show displays can be checked as ordinary luggage, set up and dismantled by the sales team traveling to a show. No tools or extra-cost labor are necessary to install or dismantle the X1 System.”

The modular design of the X1 System enables continuous development by Taylor. Accessories including backlighting fixtures, monitor mounts, shelving and lockable storage components are also available for the X1 System.

Taylor is among the top five graphic communications companies in North America. Headquartered in North Mankato, Minn., we are a team of more than 10,000 client-driven experts with operations spanning 32 states and eight countries. We use deep industry knowledge to strengthen your customer’s brand experience, enhance business efficiency and improve bottom-line profitability.

← The 5 Dos and Don’ts of Patient Communication Boards